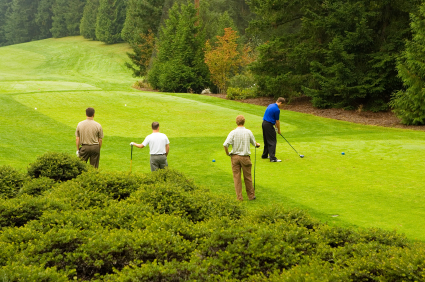 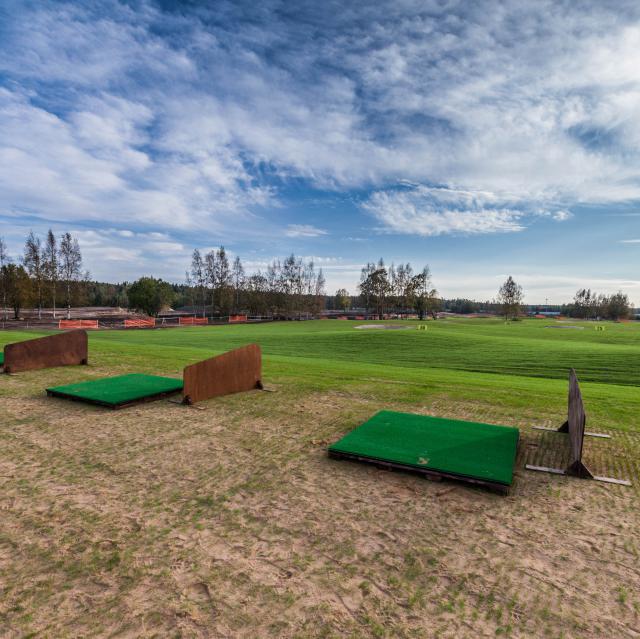 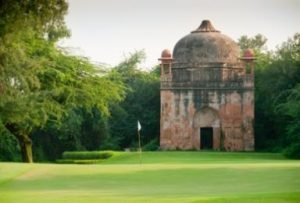 If at the mention of India, you have the idea that there sings and dances everything that by definition can not do it, believe me, this extraordinary country is fraught with much more unexpected surprises. Unlike a conventional tourist, Golf player will discover India with a very surprising side, as it’ll have incredible field: the oldest abroad UK Golf course, a maximum of highland worldwide, an 18-hole, fields in the deserts, on the shores of the sacred Ganges, in the Palace of the Maharajah and the backdrop of the majestic Taj Mahal. All Golf clubs have excellent transport links, and accommodation will satisfy the highest requirements.

The” Golden triangle”, which includes the three main tourist cities of India – Delhi – Agra – Jaipur – is the most favorite route for golfers.Not inferior in importance to the capital itself, Golf club Delhi is located on 88 hectares and its fairways in monuments and tombstones immortalized Afghan dynasty Lodi medieval era. About 300 species of migratory birds and peacocks performing the “rain dance” will give an unforgettable experience.

Especially gamblers will appreciate the 18 holes of the field-it’s par -72, 6320 m. They will have to go through a lot of obstacles: steep climbs and slopes, depressions, clay hills, elevated places, bunkers and thorny bushes.

Even in the era of colonial rule, the British pitched Golf courses in major cities in India. Only in Simla the attempt was unsuccessful because of the rocky terrain. However, a solution was found, and the Golf course was pitched in Nalder, 23 km from the mountain resort and summer capital of the British.

In Nalder, the links Golf course has 9 holes (par-68) and is located in a grove of Himalayan cedars. Holes can be passed in reverse order to bring their number to 18. Complicate the game will be the rocks C greens on the edges, water obstacles and the temple.

To touch the Holy of holies of India you can go to Varanasi, where the Ganges is Varanasi GorkhaGolf Club. Perhaps here is the answer to the question of what is true spiritual renewal and why Hindus are so drawn to the waters of this sacred river.

Those who are drawn to royalty, Kolkata invites her Royal Golf Club. First opened outside the UK, this Golf club received the title Royal back in 1911 from the hands of king Goerg V and Queen Mary, who visited India. This titled course was played by many Golf stars, presidents of different countries and other guests of honor.

Players on the Royal GolfClub field will have to go through natural and artificial water obstacles. The most intractable are two ponds across the 10th fairway (457 yards, par 4). On this hole, the trajectory of the tee ball passes over the first pond and is extended by 230 yards. The greens on this field are relatively small, but the undulation of most of them requires thorough skill. For fans of bowling in the club has a special lawn. It was opened in the 19th century to please those wishing to drive balls with wooden clubs.

Opposite the Royal Calcutta Golf club TollygungeClub. The vast territory of the club in 1781 was occupied by an Indigo plantation owned by the pioneers of farming in India – the Johnson family. In addition to Golf, equestrian sports flourished in the club. Still TollygungeClub holds competitions at the kennel, and the steeple chezu. The club also offers a billiard room, two swimming pools, seven tennis courts, two squash courts, two bars, a restaurant and a dining room.

In the area of the most famous mountain resort of India – Shillong (North of Kolkata), located Shillong GolfClub. It is difficult to find a better place for a club than surrounded by Himalayan cedars, pines and all kinds of blooming orchids. Probably the same thought occurred to British officials, who decided in 1868 to establish ShillongGolfClub. But to become a popular Golf resort among golfers from Europe Shillong had only after the First world war. The Grand opening of the Golf club and 18-hole course took place in 1924.

No way inferior to Shillong and Simla “Mecca” for golfers are Wellington, Ooty (oti) and Kodaikanal in South India. Surrounded by mountain scenery, upscale courses were created by planters who, along with the popularization of Golf in their region, grew spices and tea.

Kodaikanal GolfClub is located in the Palani mountains at an altitude of 1800 m above sea level. 18-hole (par-66), surrounded by plantations of pepper, cinnamon and nutmeg, crossed by streams in different directions and covered with natural lawn.

Coimatore GolfClub claims to be the best Golf course in India. The city of Coimbatore, located at the foot of the Nilgiri mountains – is a kind of gateway to the mountain resort of oti. Due to the large number of textile factories, the city was named “Manchester of the East”. Between Takamanda and Coimbatore is a Wellington – army of the city, which owns the Wellington club GymkhanaClub c 9-hole course.

Other major cities in India, such as Bangalore, Chennai (Madras) and Mumbai (Bombay) can also offer upscale Golf courses and excellent living conditions, not inferior to other cities in the world. Founded in 1897, the Mumbai Presidency club GolfClub is situated in the territory of 44 hectares. the Greens on the field this club is undoubtedly the best in India. The main test that can puzzle even a player with experience-the wind from the sea, changing direction.

Similar experiences await and the players on the field GymkhanaClub Chennai, which is located in close proximity to groves of Casuarina and palm trees. The game on the field, located in the 2400 meter oval of the Guindy Racecourse, it will be difficult for even the professional.

Another oldest Indian Golf club was founded in 1896 in Bangalore. Which year in his field is an Interclub tournament. At a time when trains and planes did not even exist in the project, desperate golfers traveled many miles on ox sleds or horseback to participate in such competitions.

Those who have already visited India as Golf tourists will agree that the experience of the game in this country is incomparable. Exotic colour is impregnated with all that surrounds: why are only elephants, slowly walking on the fairway, not confused your waiting for the start of the game on your own ti. And, of course, given all the tests prepared by Indian Golf courses, you can return from the trip not only with a baggage of bright impressions, but also with a decent experience in the game.

Golf for the sake of survivalGolf is a symbol of aristocracy, part of the image and fashionable hobby. This opinion can be heard from most people when it comes to this sport. For some, however,…